I don’t know about you, but I needed a laugh at the Trump push to get us into World War III.

The U.S. District Court for the Western District of Oklahoma has ordered a natural gas pipeline operator to cease operations and remove the pipeline located on original Kiowa Indian lands Anadarko.

…beneath a silk-blue sky…
To sun, to feast, and to converse
and all together – for this I have abandoned
All my other lives.
Robert Francis – Waxwings, 1960

…so I hear on the radio this morning that the Energy Transfer Partners have bought off a judge, er I mean, have prevailed in a judge’s ruling that the oil billionaires do not have to tell the public about…wait for it…oil leaks.  Can you believe it??

If they have nothing to hide, why are they worried about telling the public, who most vehemently is against DAPL, about oil leaks??

As a side note~ I saw the picture below today and I wondered why this photo did not get the media’s attention like the faux news of the trash at Standing Rock? 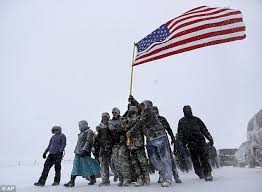 When I put up the post, I had not viewed the video preview.  Being a Communications major, I look very carefully at wording and how a message is presented.

Just by the preview, I could tell this “documentary” was slanted towards vaccination.  And my instincts were confirmed when I got to the end, and the male announcer said it was “fair and balanced”.  B.S.  There is no way on God’s green earth that anyone looking at all the children whom were normal before vaccination and then mentally and physically affected afterwards could say that vaccination is okay.

There is no way on God’s green earth that anyone who knows that disease rates WERE GOING DOWN BEFORE VACCINATION STARTED would say that we absolutely have to have vaccination to keep from becoming ill.

There is no way on God’s green earth that anyone who recognizes that mother’s milk and mother’s bodies provide immunization protection BECAUSE THEY HAD THE ACTUAL DISEASES would say that we absolutely had to have vaccines.

We have survived and flourished for thousands of years before vaccination became a money making machine.

We have survived because God designed our bodies as walking miracles that can take care of any disease if our bodies are healthy and we eat chemical-free food, drink and wash ourselves in chemical free water, and breathe chemical free air.

You might remember my post on Shelly Keck’s recovery from pharmaceutical-induced illness with….drum roll please…raw food and fasting.  If you didn’t read it at the time, I highly, highly recommend it.

The cure for all illnesses is clean air, water, and soil; clean and raw food, fasting, and my own experience, coffee enemas.  NOT BIG PHARMA AND CERTAINLY NOT POISONS LIKE VACCINES.

Another great post by zero waste chef on how to make your own vinegar.   I love the resourcefulness.

I did make my ginger bug, but I used brown sugar because it was all I had on hand, and it really just fizzled a little bit.  You could say it fizzled out. Haha.

I made the ginger drink with 5 pieces of ginger cut to 1/8th inch size and simmered it for 20 minutes. I added 1/2 cup of ginger bug.  Wow, it was sooo good I drank it all.  It has that sweet and spicy tang to it that is irresistible. 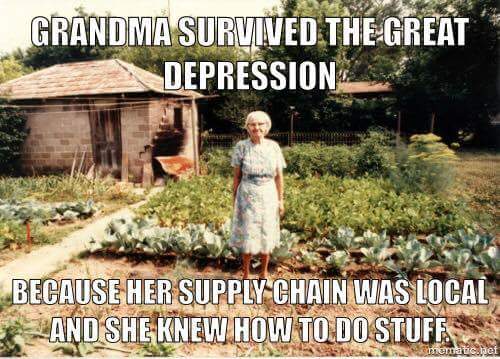 So you’ve probably heard that we have begun a war…

…without Congressional approval, which is ILLEGAL.

My jaw dropped when the radio announcer stated that Congress was begging Trump to kinda sorta let them have some input.  Un-freaking-believable!!  It is illegal for a president to start a war without a majority vote from members of Congress.  And if we were truly a democracy, the president would not be allowed to start bombing some place without the American people going to the polls to vote whether they wanted their tax dollars to go to the Military Industrial Complex and kill people and destroy Mother Earth for money.

A majority of the people want peace.

I am asking, begging, the troops to disobey orders and not go to the Middle East, or any other country to kill people whom have done us no harm, and drop heavily toxic bombs that poison the Earth looong after the war is over.

Another reason I am asking soldiers not to go is because we need you here, to protect us.  Something just tells me that one of the hidden reasons they want to start yet another war is so the troops will be over there…instead of here.  And that leaves us all vulnerable to the Cabal’s assault on the American public.

You know from my past posts on gulf war syndrome, Tuskegee, Chemtrails/geoengineering,   globs of gelatin, and finally, John “Jack” Wheeler, a bioweapons expert working for Mitre corporation- a government contractor, who was heard to say that he was not going along with whatever they were planning…and he was murdered shortly after. Amazingly, not a single public camera caught who did it/ snark.

I write all of this because I have this sinking feeling in my gut that yet again the Cabal has something planned and is using Syria as the “shiny thing that dazzles monkeys” to draw attention and resources away from here…and the above may be the reason why.  It may be the time that they start using bioweapons in earnest against us.  Again, it’s just my instincts kicking in, so take it at that.

I love this. I just wish she would have felt comfortable enough to wear it while in the WH.  What an impact that could have made.  But again I understand why she felt she had to use relaxers on her hair.    It will be a great day when we all can be free, eh?

What is really disturbing about Autism Speaks is that the Ad Council is continually airing ads supporting this astro-turf organization. And the ones where they have a child saying they have autism, and they just have to learn to live with it want to make me puke. No, you don’t have to live with it!! It has a cause and there are people out there who can help you find it.

Anne Dachel has written a letter to Autism Speaks, an organization that appears to be an astro-turf organization that we have seen with ALEC and other shady players using sleazy PR (Mark Berman) firms.  Dachel delivers a fiery response that calls them on their b.s. faux “let’s find a cure” schtick…good for her.  And I like that the letter offers up facts surrounding Autism.

Eagle
Create a free website or blog at WordPress.com.