A tug at the heartstrings here. As I read about the IV tubes and such, I thought of Sammy, my kitty of 14 years. She had diabetes and when she succumbed to cancer, I had syringes and insulin still left as reminders of a life that was…and then there was Zeus — an imp that was so full of life that he is the only cat that I did not keep indoors–it would have killed his spirit. He would climb trees and bring home “dinner” which would gross me out. I always wondered if he felt offended that I rejected his offering. 🙂
Unfortunately, his love of outdoors was his detriment as someone hit him hard across his back, causing a severe injury that caused him terrible suffering and death a couple of days later. 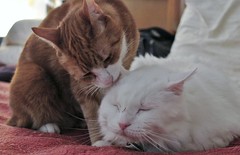 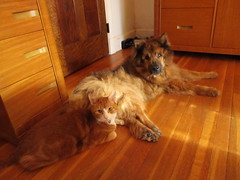 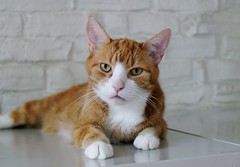