Those of us older folk will remember him from the Native American uprising in the 70s.  He was a leader in the movement.  I don’t know why I thought he was Dineh, he is Lakota.  My bad.

Here, he speaks of the Palestinian-Israeli conflict…and this video was not made in the last month after the latest assault by Israel…instead it was made in 2009, after yet another assault by Israel.  Means is not happy with President Obama, to say the least.

You know, I’m always interested when the media suddenly turns its attentions to the Native Americans…whom they usually ignore when their land is being stolen, sacred places are being desecrated, women are being raped (and when white men do it, they could get away with it because they were white and tribal court couldn’t touch them. My blog on that here.).

So now I’ve read about the Navajo elections and how a candidate does not speak the Native language.

First, the traditionalists, who still follow the ways they were taught (by God), do not call themselves Navajo.  They are from the Dineh tribe in Canada.  Some of their ancestors moved down here, but they still feel connected to Canada and the tribal name.  It is their heritage.

Same with the language.  The tribes were subjected to the horrible experience of having their young children taken away to boarding schools where they were beaten and abused if they used their native language.  Some were molested by their teachers.  They broke their language, all right…along with their spirits.

So holding onto their language is extremely important to them.  It is entirely understandable why they do not want someone in office whom does not hold onto the traditional ways.

And I’m suspicious at the sudden attention the media has given this–they haven’t given a rip about them until this point…so I’m curious as to this candidate Chris Deschene…since he does not speak the language, is he also of the mindset of the White world–that is, he is willing to give land away, give mineral rights, oil rights, and other rights away?  That is the question that the reporter should be asking.

Ironically, the election supervisor mentioned in the article, is named Fulton.  Fulton is the name of one of the officials whom was engaged in battles against the Native Americans from my area.  And these election supervisors have now removed the requirement of native language.  I smell something rotten in Denmark.

I’ve recently read a piece on Roberta Blackgoat, a Dineh with fire in her soul.  She tickles me to no end.

The Hopi were less concerned with the encroaching Navajo than with the white settlers.  Their status as a sovereign nation had been guaranteed by the Treaty of Guadalupe Hidaglo of 1854, and they argued for the eviction of the whites.  The government responded by reducing Hopi land by 60 percent.  […]

Under a new law, ten thousand Navajo and Hopi are to be relocated, moved from land on which many generations of ancestors have lived and been buried.

The traditionals say that the United States and their BIA puppet tribal councils (traditionals have never had anything remotely resembling tribal councils) want to get people off the land to make way for coal strip-mining and uranium exploration.  […]

On October 28, 1979, a Declaration of Independence was signed by sixty-four elders of the Independent Dineh (Navajo) Nation at Big Mountain, with Roberta Blackgoat as chairperson.

It is excerpted here:

The United States government and the Navajo Tribal Council have violated the sacred laws of the Dineh nation…[…] dividing the indigenous people by politics, Euro-American education, modernization, and Christianity…our Sacred shrines have been destroyed.  Our Mother Earth is raped by the exploitation of coal, uranium, oil, natural gas, and helium.  We speak for the winged beings, the four-legged beings, and those who have gone before us and the coming generation.  We seek no changes to our livelihood because this natural life is our only known survival and it’s our sacred law.

Roberta Blackgoat was actively fighting the relocation, and at one point, she walked around with a sign that said “Relocate Goldwater to Europe”.  This was after Barry Goldwater endorsed the forced relocation of the Dineh.  Blackgoat said she got a funny letter from Germany, saying they didn’t want Goldwater, either.

I also found a recent 2011 video with Roberta Blackgoat:

Here is a helpful video on the Dineh.  Note that the tribal Chief Shirley is featured in it.  He is for the traditional way, combined with modern ways.  He is the opponent to the none-native speaking Deschene.  I definitely smell a rat….I suspect that there are deals made behind closed doors that the Dineh people are not aware of.

Reblogging this–a question came up in the mercury support group of addiction, and I thought of Kathleen Desmaisons’ work. It’s been awhile since I blogged about her wonderful book, so I thought it appropriate for today.

Turtle Talk has a link up to this story.  I’m glad that the judge gave a nod that the lawsuit has merit–I hope that they pursue it at the state level.

Along those lines, I’ve posted before, but it bears repeating, that I don’t believe that it is a character issue, but that alcoholism is a chemical imbalance of some sort.

In the great book, Potatoes Not Prozac, Kathleen Desmaisons wrote about her experience in counseling alcoholics.  (It’s been awhile since I read the book, so I’m going on memory)  In it, she describes counseling people who really wanted to quit drinking, but were unable to.  She began asking them about diet, and discovered that they reacted to sugar much more so than the average person.  They would get spikes in their blood levels after eating sugar–a high with it. That is, when they saw a plate of cookies…

For those of us who hunger for peace…and justice…and truth.

The data mining company inBloom died, killed off by parent opposition, but the data mining industry is not dead. Far from it. It is growing and metastasizing as investors see new opportunities to profit from the data surreptitiously collected while children are using computers, taking tests online, chatting online, and practicing for state tests online.

According to this article in Model View Culture, investors have poured billions of dollars into new technologies to track students’ movements.

Designed for the “21st century” classroom, these tools promise to remedy the many, many societal ills facing public education with artificial intelligence, machine learning, data mining, and other technological advancements.

They are also being used to track and record every move students make in the classroom, grooming students for a lifetime of surveillance and turning education into one of the most data-intensive industries on the face of the earth. The NSA has nothing…

Noam Chomsky gives a historical perspective of all that Israel has done to the Palestinians. Nobody is saying that Israel should be wiped off the face of the Earth–what I hear over and over is for their to be two states so that each could live in Peace.
It was disheartening to listen to a bit of NPR (National Polite Republican) this morning, when they had an interview with the Israeli Minister (Interior? Not sure) who said that Israelis, as individuals, have every right to the Palestinian land–to create settlements. However, when the interviewer tried to use that same reasoning for Palestinians…whoa…suddenly the definition had changed…or perhaps the Israeli minister has decided that the Palestinians are not individuals? And I hate to say this, but in cases of war, the opponents are portrayed as less than human, and the feeling I was getting from the Israeli minister is that they regarded the Palestinians as less than human…therefore they were not as entitled to the land as the Israelis.
Just my two cents. Your mileage may vary. 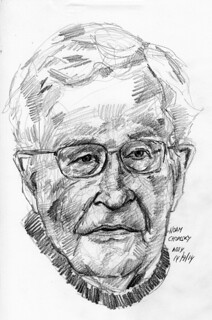 365th Meeting of the Committee on the Exercise of the Inalienable Rights of the Palestinian People.

What business is it of KinderMorgan about how much the aboriginals eat fish? It’s their land to do with as they wish, and if they wish the fish to live there and NOT eat them, then that is their choice. The arrogance is astounding.

How much do First Nations still catch and eat fish? That appeared to be a key line of questioning at a National Energy Board hearing underway this week in Chilliwack regarding Kinder Morgan’s $5.4-billion oil pipeline expansion.

The forum is designed to gather oral evidence from Aboriginals on the Texas-based company’s proposed Trans Mountain expansion pipeline that would cross dozens of rivers considered sacred to B.C. First Nations.

“I’m just wondering… do you have an estimate in terms of what proportion of Kwantlen members’ diet comes from sources in the Fraser River?” Kinder Morgan lawyer Terri-Lee Oleniuk asked Kwantlen First Nation leaders on Friday.

Pando has this up on Whisper, an app that preys on the young and vulnerable by telling them they have privacy with their app.

Not so fast.  What’s really disgusting is how Whisper went about it.  Be sure to click on the “regret” link..  And the “evidence mounts to the contrary” link.  Both make the case against Whisper.

Not only is Whisper using tools to identify location within 500 meters, they are also sending that information overseas to the Philippines.

It’s time people had solid rights to privacy on the internet.  It’s time that corporations that use and sell that information be held criminally liable.  As much as the media would like to say that people don’t expect privacy on the internet, they most certainly do.  When given the choice, people opt out of geolocation and take other measures to protect their privacy.

Tony Lux, recently retired as superintendent of the Merrillville Community public schools, has written a blistering opinion article in the Fort Wayne Journal-Gazette.

Despite the fact that the voters of the state of Indiana overwhelmingly ousted State Superintendent Tony Bennett, an advocate of privatization, his policies continue.

Glenda Ritz, running against Bennett, received more votes than Governor Mike Pence, yet Pence has used the powers of his office to cut down the power of Ritz and to push ever more profit-making into the schools.

The only way to stop the total destruction of public education in the great state of Indiana is to vote for legislators who will support public schools against the entrepreneurs, privatizers, and profiteers.

All public schools continue to be harmed financially [by…